Praise Reports from Lee Grady and The Mordecai Project!

You can see from the smiles on the girls’ faces below that Jesus is changing lives through The Mordecai Project. These young women are students in Kagoma, Uganda. They received scholarships through our partnership with Pastor Paul Wandera and his team. Because of your generosity they have a chance to finish secondary school and live productive lives. They are also being discipled in the Christian faith. Because of the opportunities they’ve been given, they are also avoiding poverty and finding protection from sexual abuse. We are grateful for the opportunity to give these girls a bright future!

Below you can see the fulfillment of a dream that began 19 years ago when I made my first trip to El Rosario, Guatemala. On that trip I met Pastor Otoniel Morales, his wife Ilma, and his three daughters. On subsequent visits Pastor Otto and I began talking about the idea of building a shelter for abused women. A donor gave us the money for the land, and we began construction around 2015. It took a long time to finish because donations were slow in coming in those early years, but finally we have finished! I will be going back to Guatemala in July with Pastor Luis Roig from Puerto Rico, and my ministry assistant, Abdiel López. We will dedicate the shelter to the Lord. It is called Casa de Estér, “House of Esther.” Please pray for us as we dedicate this project, which will be the only domestic violence shelter in the entire state of Zacapa! 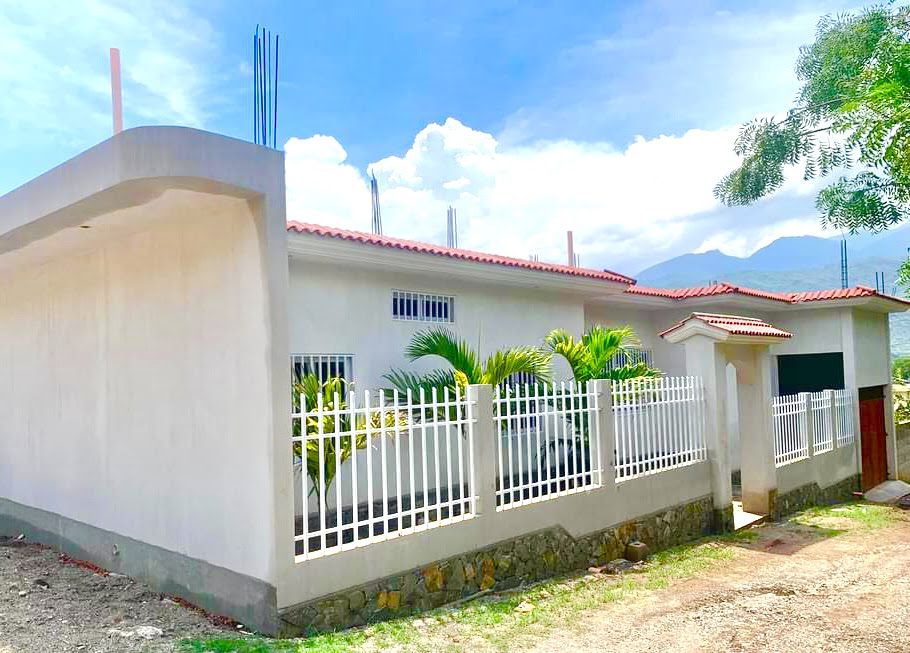 In May I traveled to Washington D.C. to minister with my friends Paul and Christina Hanfere (below), who founded Overflow City Church in 2018 shortly after they married. On this trip I led a men’s discipleship retreat with a select group of about 35 guys from the church. I am so blessed to work with Paul and Christina. They come from an Ethiopian heritage, but they are building a multicultural church in the heart of Silver Spring, Maryland, not far from the U.S. Capitol. It is so encouraging to see how the church is growing and reaching the next generation. 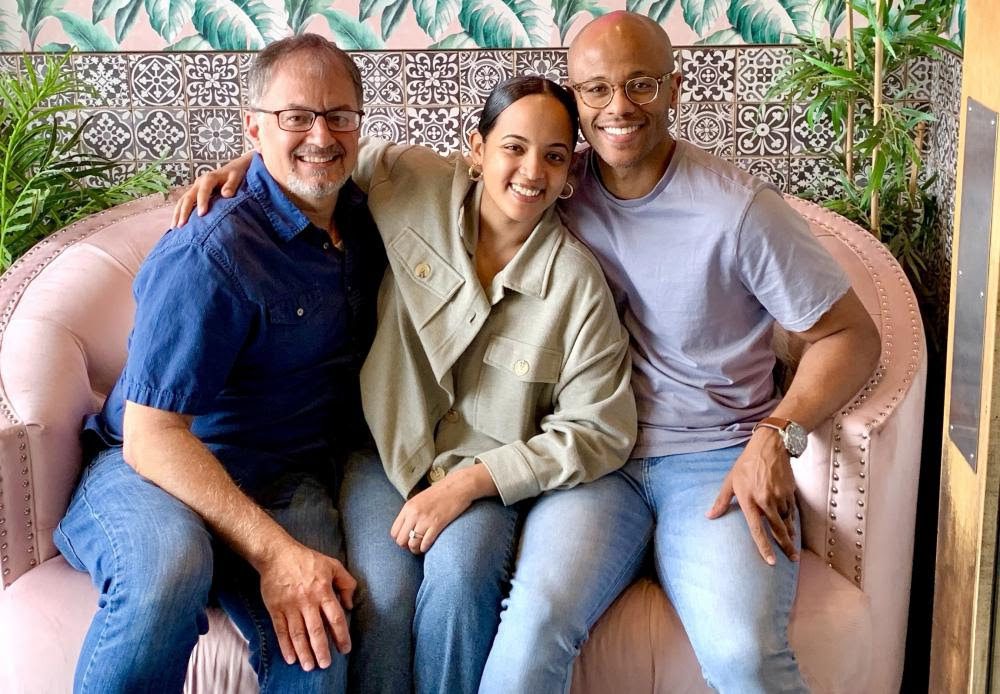 I had such a special time investing in the guys from Overflow. Some were filled with the Holy Spirit, some received healing from deep father wounds, and some were challenged to begin discipling others. On Sunday morning the Lord moved powerfully to bring people to a deeper experience with the Holy Spirit. 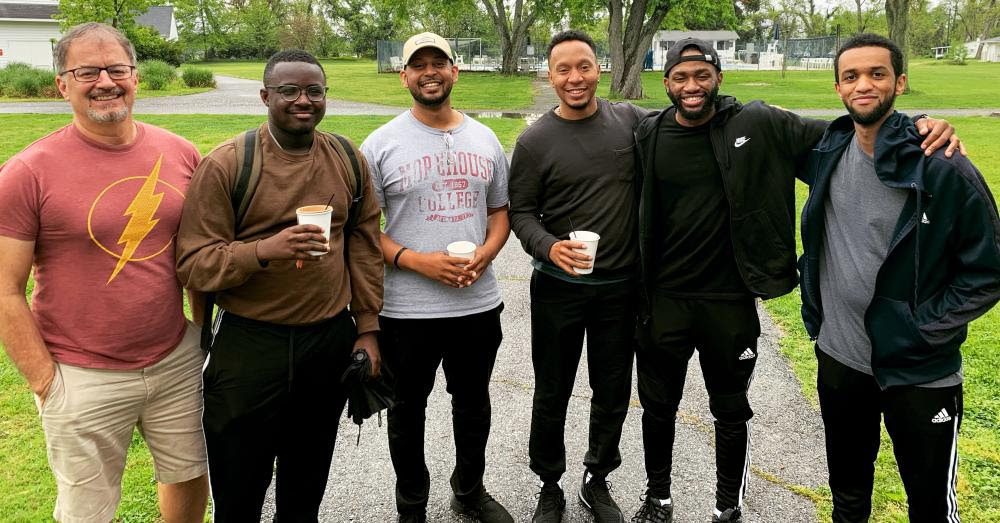 The young man below, Surf, was one of the guys who had a profound encounter with God during our retreat, which was held at a Christian retreat center on Chesapeake Bay. So many guys got free from life-controlling problems. It was a time of rededication and fresh fire! 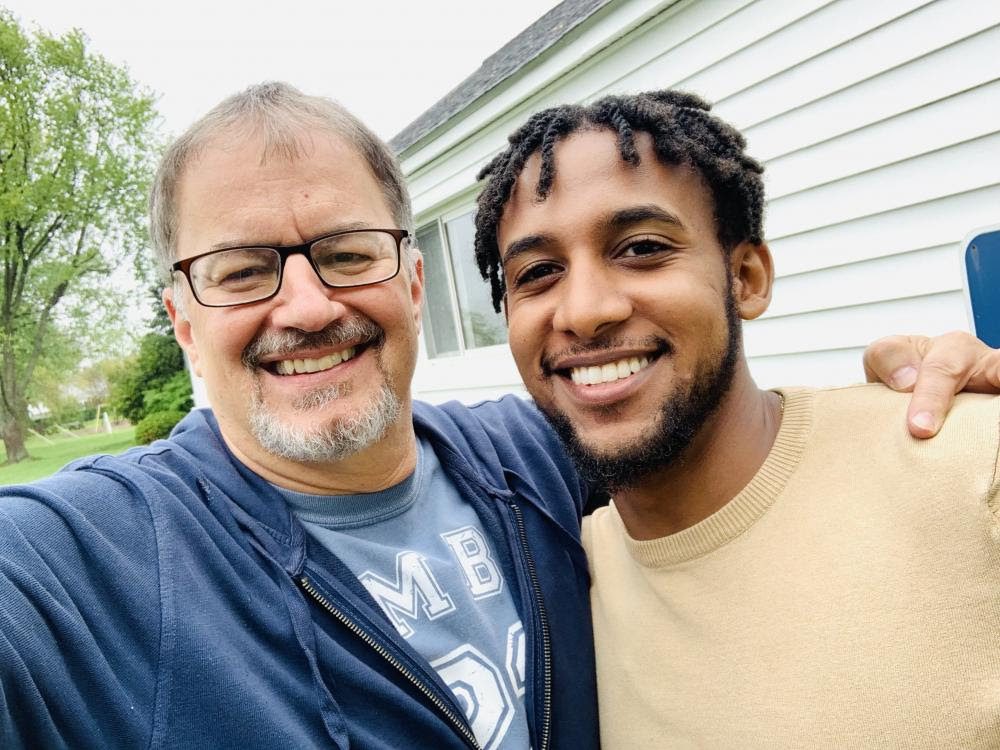 In 2012 I met this young man below, Shannon McNeal, when I spoke for the first time at Freedom House, a growing church in Amherst, Ohio, near Cleveland. I have been back to the church several times, and Shannon and I have become close. He is like a son to me, and he has been on numerous ministry trips with me. In May, however, Shannon stepped out for the first time to organize a men’s retreat with some of the men he has been mentoring. 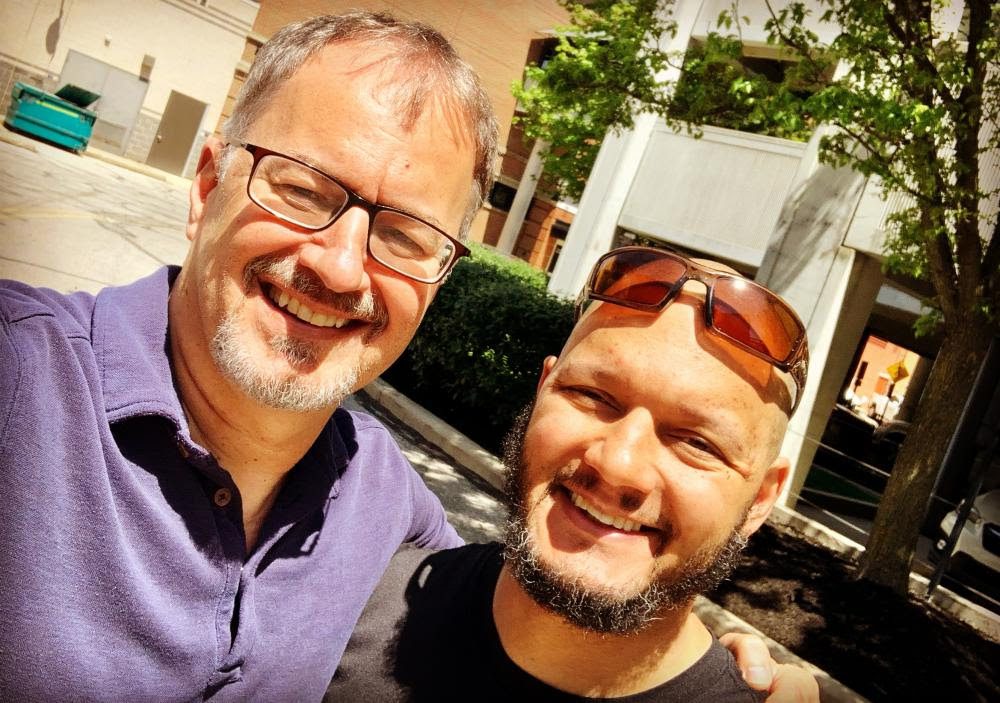 Shannon invited me to speak to the Freedom House guys over a course of two days. We met in a beautiful cabin in rural Ohio and the Lord met us there. Some of the men experienced deep healing from emotional wounds, and one young man was totally reconciled with his father. We will never forget what God did with us during those days! It is such a blessing to invest in these emerging leaders—and it is especially fulfilling to see Shannon growing in his ministry calling. 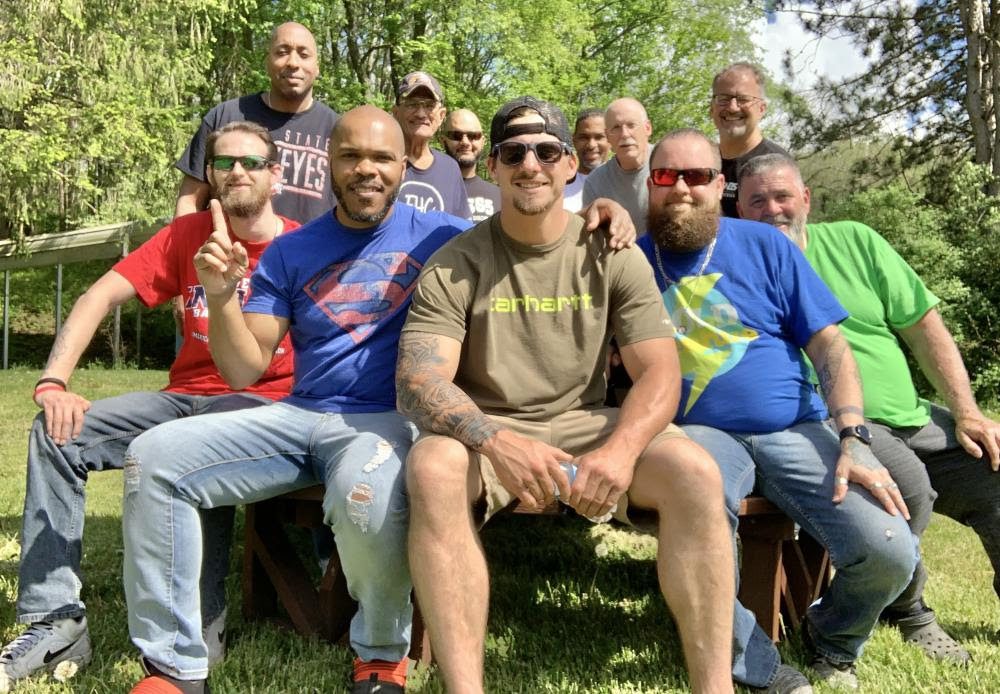 Also in May I traveled to Mount Olive, North Carolina to minister with the pastor in the photo below, Jeff Dail. I met Jeff last year and we became good friends. He used to be strung out on drugs and going nowhere fast, but he and his wife found the Lord in 2002 at a Pentecostal Holiness church in Mount Olive. Today Jeff is the pastor of that church, and it has grown to be one of the largest churches in the region! While there I not only spoke at several services but I led a discipleship seminar for 70 area pastors who came from all over North Carolina. 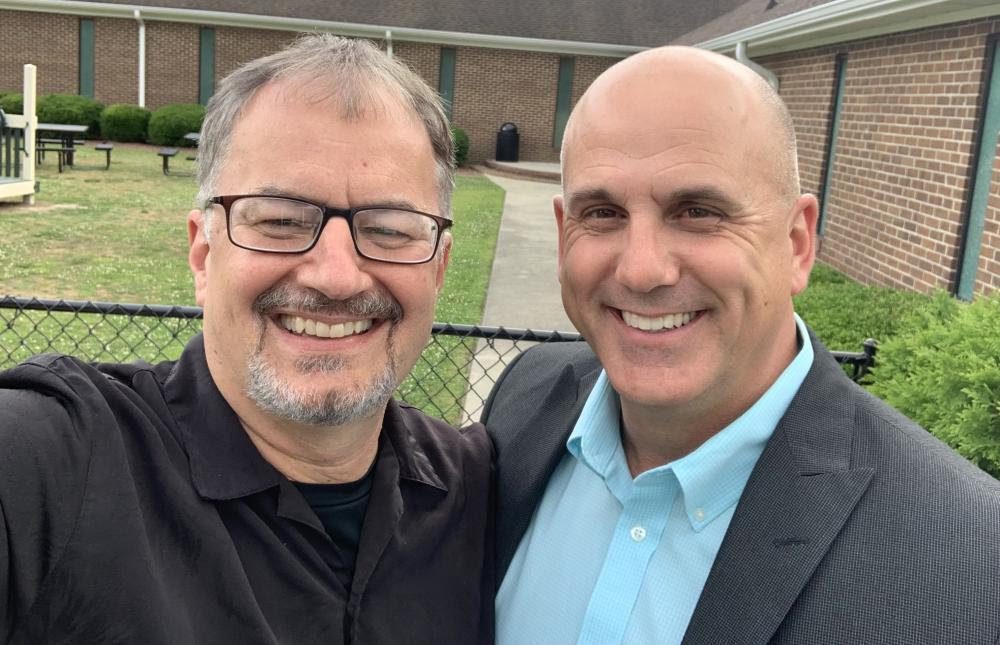 I have already told you all that my new Bible study, Let’s Go Deeper, was published in May. I have just posted a series of videos on YouTube and on my web site to help people do this study in small groups. If you are interested, you can organize a group in your home or church and order the book online. Then just go to leegrady.com/godeeper to access the free 5-minute videos that go with each of the 30 lessons. These videos introduce each lesson and provide a nice way to kick-off the study each time. 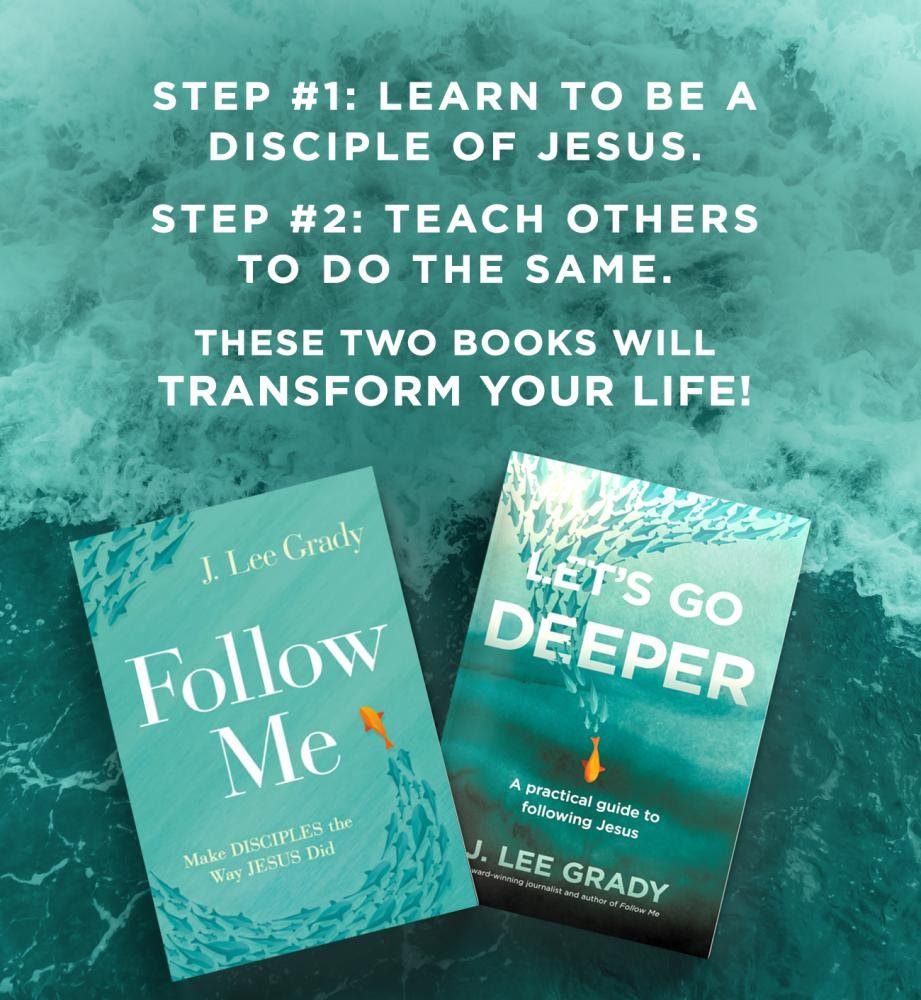 God continues to open up new doors to new nations. A few days ago I did a Zoom training with a group of 40 leaders from the nation of Ghana. Some of these pastors live in the United States and some are in Ghana and the U.K., but they are all hungry to learn more about how to make disciples. It was thrilling to see their passion to expand God’s kingdom. I think I will be going to Ghana sometime soon, and I believe the Lord has some work for The Mordecai Project there. I also know there is much work to be done there to address the marginalization of women and to empower women leaders. 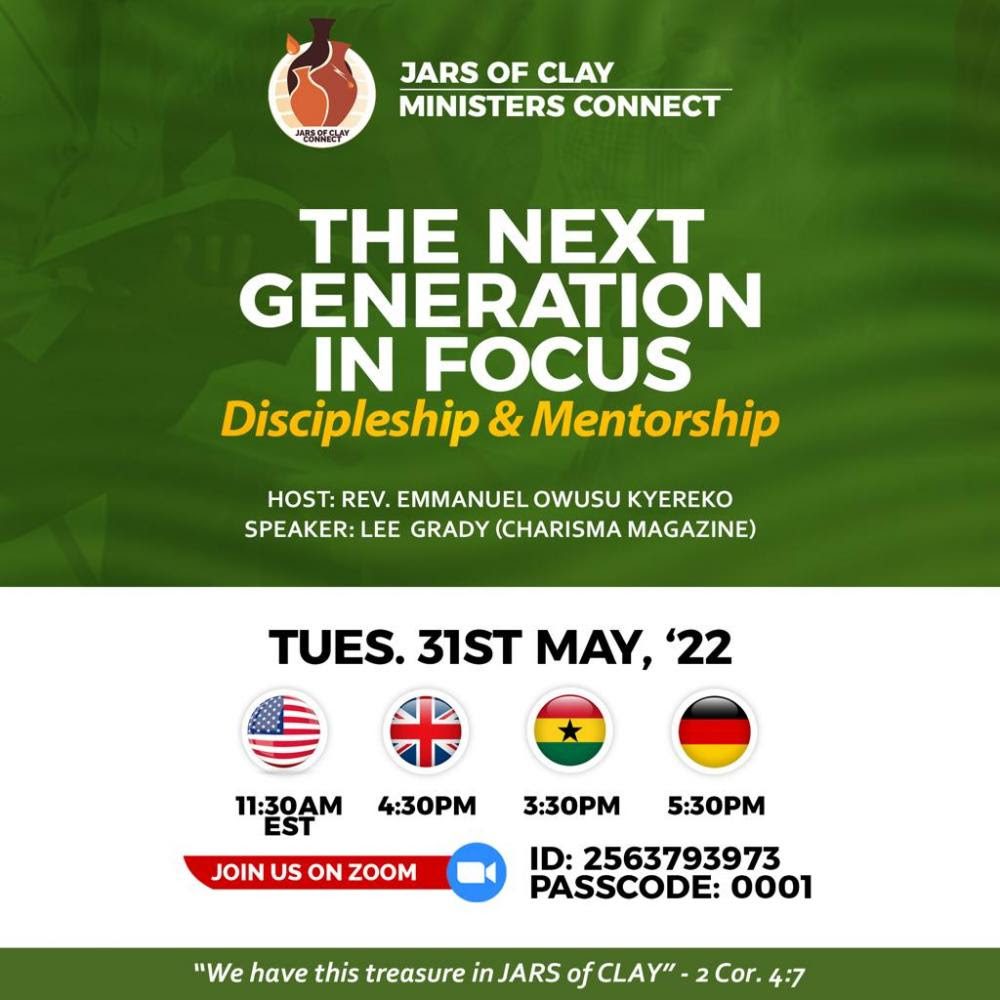 Please also join me in celebrating a miracle! When I went to North Carolina last month I met with a donor who decided to give us $27,000 to fund the construction of our shelter for unwed mothers in Iringa, Tanzania! We are rejoicing for this breakthrough! Please pray with me for the additional $340,000 we need to cover the costs for all our other overseas projects. God is able!

I also ask for prayer as I travel in June to (1) Brantford, Ontario, Canada; (2) Trujillo Alto, Puerto Rico; and (3) Harrisburg, Pennsylvania. Please pray for protection, provision, and abundant spiritual anointing during these events.

Thank you again for your partnership! We love you and thank God for your prayers and financial support. We could not do this without you. To give to our overseas work, just hit the “Donate” button below and follow the prompts. To give by check, mail it to The Mordecai Project, P.O. Box 2781, LaGrange, GA 30241.

Your ticket for the: Praise Reports from Lee Grady and The Mordecai Project!

Praise Reports from Lee Grady and The Mordecai Project!